Long time no release! This is again a rather big release (I feel like I’m writing that way too often).

As usual, just grab a new release from the downloads page or pull the latest docker container.

You can now mark tasks and lists as favorite which lets them show up in special namespaces and lists for easier access! No more “Where was that important task I wanted to do later today?” 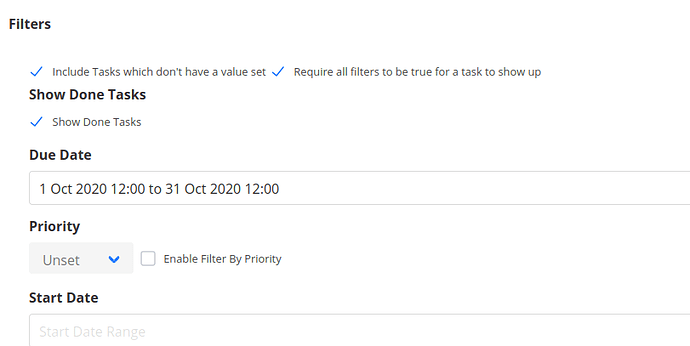 You can now save a specific set of filters to create a new pseudo list which will dynamically contain all tasks matching the filter! This lets you easily see important (as per your definition) tasks in one go.

After popular request, you can now manage users through the cli. The new commands let you create, edit, delete or change a user’s password.

The frontend now supports quick actions like ctrl-click on a task in the kanban board to mark a task as done or adding a label to a task by including text prefixed with ~ in the task title. Keyboard shortcuts let you quickly achieve what you’re trying to do. Click the link in the user menu for a list of all available shortcuts.

Starting with this release, you can run the frontend as a standalone desktop installation! This opens up the possibility to run only the api on a server and to use the desktop app as the only frontend.

As usual, the full list of changes is available in the release notes from the api and frontend repos.