I thought that it already worked to move tasks between lists.
Before I used a drag’n’drop feature, but this seems not to work for me anymore in Firefox or Brave, could be I used it wrong.
Could you please show me on a screen or explain how it works?

Moving tasks between lists works when you use the “move” button in the task detail view: 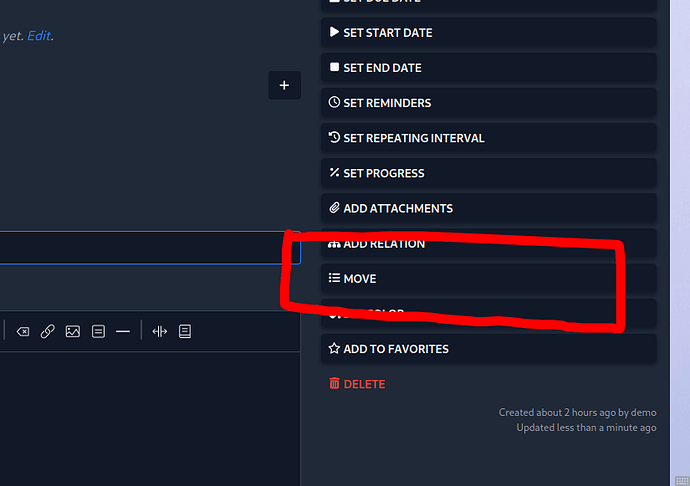 Simply click on the button and it will ask you to provide the list where you want to move the task.

It’s interesting you mention you’ve used drag n’ drop in the past because that was never implemented to move tasks between lists, only reorder tasks in a list or reorder lists within a namespace.

Thanks a lot for the answer, I did it also found in the meanwhile.
Then it sounds like that I had a false memory about drag & drop.